The Universe Cocktail. A Studio 54 Classic.

Vodka, the most loved and most hated spirit known to us. Flavorless, odorless, colorless. It’s like water with a kick. It can be the darling of the sorority house party or the butt of every serious cocktail-creators joke. Are the young ladies of the former drinking just to get drunk with the least amount of calories and flavor? Probably. Are the latter really snobs, poo-pooing the former’s love for such a boring way to get drunk? Most likely. But for some reason, vodka is the go-to spirit when you need to reacquaint yourself with an old friend like the Harvey Wallbanger. The Vesper. The Vodka Martini.

One of our favorite vodka drinks is perfect for a hot summer night, harking back to the age it was invented in 1978. The Universe, as our esteemed vodka cocktail is called, was unveiled at Studio 54, winning First Prize in the the U.S. Bartenders Guild Annual Competition.

The Universe
(adapted by Cocktail Buzz)

Method
Shake for 15 seconds in an ice-filled shaker. Strain into chilled cocktail glass.

If you want to know what pairs perfectly with The Universe, watch our video that places baked coconut shrimp side by side with this disco classic. A great combo for a summer barbecue.

Posted by Cocktail Buzz at 7:16 PM No comments:

Last Wednesday I attended an informal yet fun and informative tequila tasting at The Volstead in East Midtown. There I met Jaime Salas, National Tequila Ambassador for Casa Sauza, the distillers who create Tres Generaciones tequila, and fell in love with the Añejo. Jaime was there to share some cocktail recipes and talk about this amazing 100% blue agave tequila that has been around for over 135 years. I got a chance to chat him up for a while before the brief talk began. 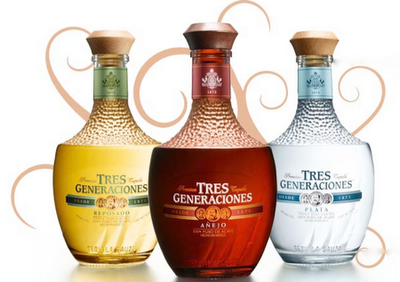 His breadth of tequila lore is encyclopedic and his passion for its promotion is infectious. When I asked him what his favorite Tres Generaciones expression was, he quickly answered “Añejo.” So I sidled up to the event’s makeshift bar, smiled at the barkeep, and asked her for a bit of the amber-hued spirit. The aromas emanating from that little glass were bewitching: a sweet, light caramel (Jaime detects vanilla and toffee) that reminded me of some aged ryes and bourbons (the añejo is aged for twelve months in toasted American oak barrels), but of course, after sipping it, I was struck by that one-of-a-kind agave flavor that permeated my taste buds at the finish. I also tried the plata and reposado expressions, both of them slightly sweet and laced with a white-peppery bite, the reposado being slightly smoother and less sweet. The presence of agave was unmissable. These two would make excellent cocktails, I thought, but the añejo, this expression would be perfect for sipping on a cool night after a fiesta (or, hell, after a hard day of paper-shuffling).

I easily downed the two cocktails on offer. First was the Sweet Breeze (mine had Tres Generaciones Plata), a refreshing seasonal alternative to a margarita made with muddled basil, strawberries, and ruby red grapefruit. The nosh served at the Volstead to accompany this drink kept me from becoming a lightheaded mess, and as I chomped on sliders, nachos with salsa, and cheesy hors d’oeuvres, I asked our lovely lady behind the stick to whip me up the second drink. Although not seasonally appropriate for the close humidity that is August, Jaime informed me that this drink would be perfect for the holidays. And indeed it was; the Holy Mole (an apt name) smelled like Christmas: hot chocolate and spicy cinnamon mixed with the heavenly añejo, with a generous dollop of whipped cream to paint one’s upper lip. 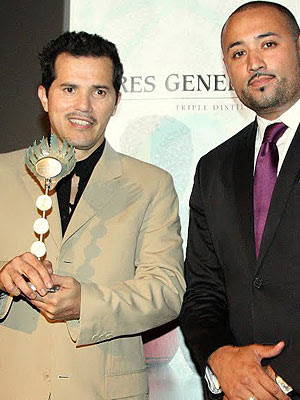 Talking some more with Jaime in between sips and nibbles, I discovered his other passion: Mexican filmmaking. His work as a Tres Generaciones ambassador has given him the opportunity to present its COA Award (an award created to recognize outstanding achievements in the Latino filmmaking industry, named after the tool that workers use to harvest and dissect the agave plant in the fields) to such notables as director Natalia Almada (the documentary El General) and the insanely talented John Leguizamo (Where God left His Shoes). He loved presenting the award to Leguizamo who was genuinely interested in the work that Salas and Tres Generaciones does for Latino cinema.

If you ever get a chance to shoot the breeze with Jaime Salas, do. He is charming and affable, and you will learn a thing or two about the world’s most popular spirit. Special thanks to Mitch Delaplane of PitchPoint PR for getting everybody to the Volstead to celebrate this exciting tequila, including the likes of Francine Cohen (editor-in-chief of Food & Beverage Magazine) and consultant Jonathan M. Forester (Drinking the World). ¡Salud!

Method
In a mixing glass muddle the strawberry, grapefruit, and basil. Add the other ingredients and shake. Strain over ice and garnish with a skewered red ruby grapefruit wedge, wrapped with a basil leaf.

Method
In a preheated coffee mug add the tequila and schnapps. Fill with hot chocolate. Top with whipped cream, a sprinkle of cinnamon, and a cherry.
Posted by Cocktail Buzz at 10:07 AM No comments: