A “Brilliant” Cocktail Keeps a Roomful of Book Critics Happy


We’re thrilled now that warm weather has returned — especially after such a long, cold winter. To combat memories of the abominable blizzards, we came up with a “Brilliant” solution. This drink was created for the National Book Critics Circle spring cocktail party 2015, held at the Center for Fiction, in East Midtown. Sarah Russo — a terrific publicist and advocate for the NBCC — gave us only one requirement for the cocktail: we must use Junípero gin, by Anchor Distilling Company of San Francisco. We love this juniper-heavy dry gin, laced with many other herb and bark flavors, and were thrilled to have it as a starting point. The evening’s forecast was warm and very humid, so a cool refreshing drink was in order. We started out with the French 75 as inspiration, and as the basis for the proportions. Lime juice with ginger sounded tropically thirst quenching—a good pairing for the gin. We mixed up a batch of our own Cocktail Buzz spicy ginger syrup, added gin, squeezed some fresh lime juice, shook it up with ice to chill, and topped it all with champagne. Delicious and refreshing—a new summertime favorite! We served it that night to the thirsty literary crowd of book critics and might have heard a murmur, or perhaps the review . . . “Brilliant!”

“Brilliant”
(created by Cocktail Buzz for the NBCC)

Method
Shake gin, lime juice, and ginger syrup in an ice-filled shaker for 15 seconds. Strain into a champagne flute or highball glass. Top with champagne. (You can add an ice cube or two if it’s a particularly close night.)

Ingredients
6 ounces fresh, unpeeled ginger, washed and diced (or sliced with a mandoline or pulsed in a food processor)
3 cups of water
1 1/2 cups sugar
pinch salt

Method
Combine the ingredients in a saucepan and bring to a boil. Reduce heat and simmer for 30 minutes. Let cool completely. Strain mixture into a jar and store in refrigerator for about a week. 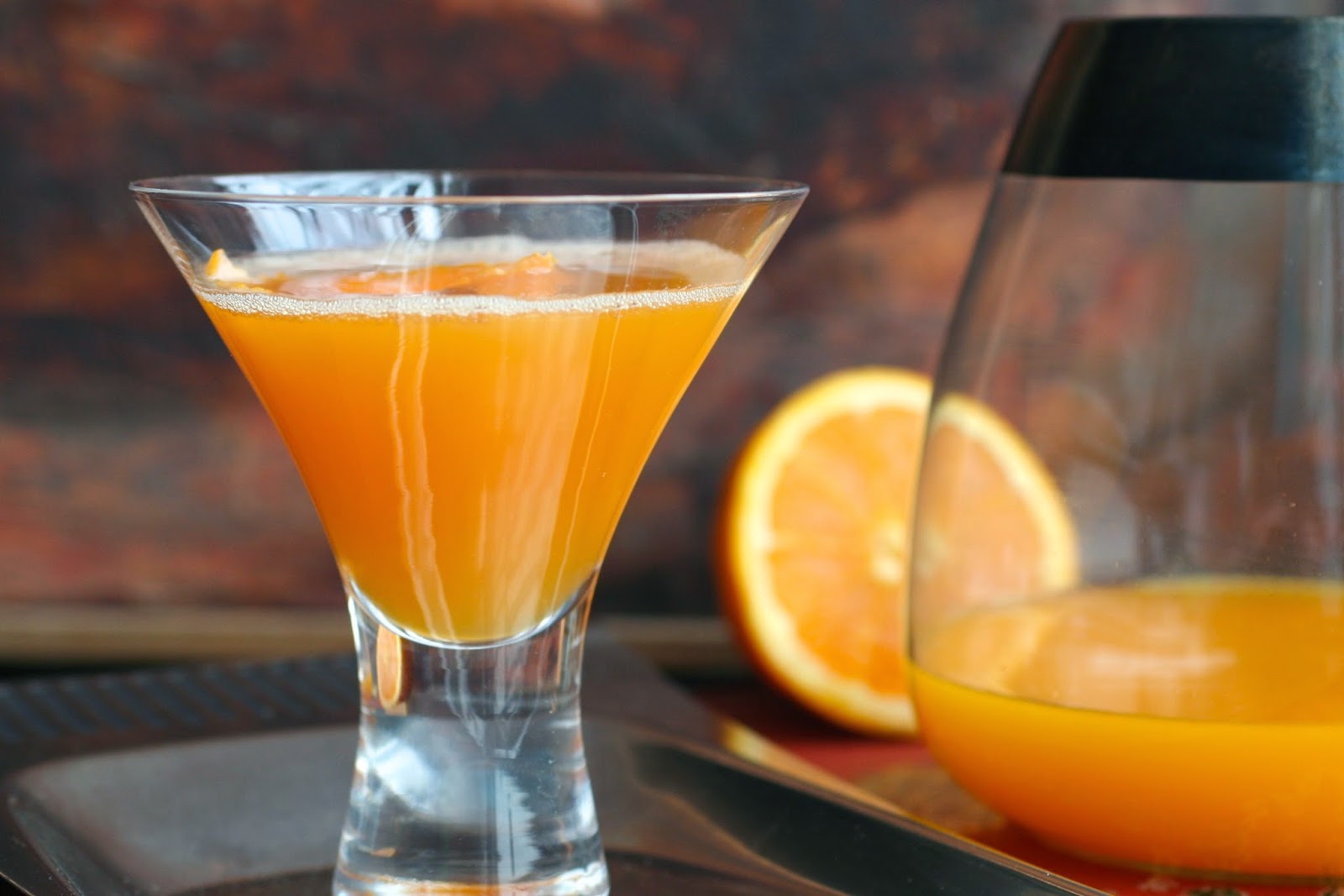