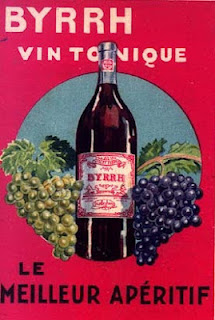 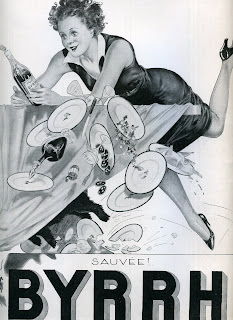 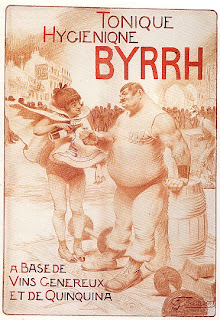 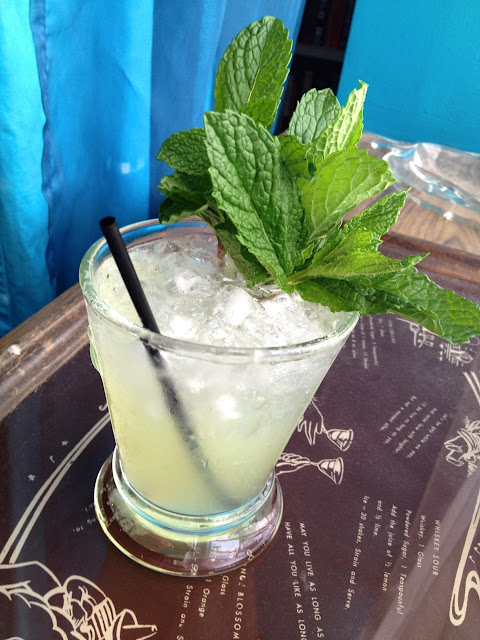 Hemingway loved it, as well he should have. Imbibing this Cuban work of art can be a religious experience.

If ever there was a drink that defined the first decade of the new millennium, hands down it would be the Mojito [pronounced moe-HEE-toe, but you probably already knew that]. Easily recognizable by its limey and minty redolence, the Mojito seemed to pounce on the bar scene in the early aughts as the tropical replacement to the 90’s très façonnable Cosmopolitan. A sigh of relief, really. It seemed time for the vodka-based Cosmo to lose its crown: by the end of the 90’s it had been bastardized to the point where some bartenders were just pouring unmeasured ingredients or prebatched concoctions into an ice-filled glass just to keep the cash register burping contentedly. The Mojito was a welcomed pinch hitter. Light rum, which had always been popular, was due for a resurgence in well-made drinks for the thirsty crowd. Fresh ingredients were a must. But as the decade dragged on, bartenders arms grew weary from muddling, and bar managers saw how long it took to make one. Those life-changing Mojitos you used to imbibe at reputable drinking establishments morphed into sugar-bomb low-rent sludge-fests. We all remember being bewitched by our first, superbly crafted Mojito. It’s high time to return to those flavors, guaranteed by proper muddling with fresh ingredients.

Because we love Mojitos, we’ve been playing around with ratios of ingredients and interpretations of methods for several years. As a result, we never published a recipe. We knew it was the right time to do so when our friend Matt Schepis texted in disbelief. “I looked on your Recipe Index for a Mojito and it wasn’t there.” Sorry, Schepis. We assured him not to worry. The recipe was on its way.

When we make Mojitos with our friends Theo and Curt, we always seem to talk about how widely varying Mojitos can be from bar to bar, party to party, and Theo decries this wide gap that separates a great Mojito—the one that changed your life—from a horrible one. We assured him that ours would be the one to bring back good memories.

10 mint leaves
mint sprigs, for garnish
soda
ice, preferably crushed or cracked*
Method
Cut lime into wedges. Add mint leaves to shaker, followed by lime wedges, then sugar. Muddle until all the juice is released from the lime, which will dissolve the sugar. Add rum and ice. Shake for 15 seconds and strain into ice-filed highball glass. Top with soda. Garnish with lots of mint sprigs.

* On an exceptionally warm day, if you’re outdoors, you may wish to eschew crushed ice and use cubed ice. Dilution will be slower.

Watermelon juice is the center of attention in the Catdaddy and London Dry gin cooler, Daddy Gives Rosie a Buzz.

Our friend Rosie 151, that incomparable burlesque enchantress, asked us to make her a Catdaddy Spiced Moonshine summer drink for when she performs at The Way Station in Brooklyn (the first Thursday night of every month at 10:00 sharp). We love watching her croon her way through double entendre–laden standards, with the dixieland jazz band the Red Hook Ramblers. Together, they create a French Quarter speakeasy vibe that fits snugly into the steampunk atmosphere of this Washington Avenue joint. But we had a task in front of us: Rosie wanted something summer-seasonal and fruity. With half a juicy watermelon in one hand and a fit of desperate creative energy in the other, Paul came up with a quick and utterly tasty cooler that’ll make you wish watermelon were in season year round. It’s called Daddy Gives Rosie a Buzz (or DGRB for those who prefer acronyms).

To make a DGRB, you need watermelon juice, which is quite easy to make. Just cut up your melon into chucks that’ll fit into a handheld lemon juicer, and squeeze into a measuring cup. That’s it. [SEE Method BELOW FOR ALTERNATIVES.] Pairing the juice with Catdaddy works miracles because it goes so well with the cinnamon and vanilla in the moonshine. But to make the drink more complex, Paul added some lime juice to give it a little pucker, and after that, the herbal complexities of a London dry gin to balance the sweet and tart. You can serve Daddy Gives Rosie a Buzz up, but for the dog days of summer, we enjoy topping it with a little fizz, especially Perrier sparkling water from its 250ml cans. (No more wasting an entire liter of bubbles when you only need a splash.) If you can’t make it to Brooklyn to taste the nicely spiced and fruity effervescence of a DGRB, and gaze at its bubbling blushing rosy hue, make one for yourself at home, or for friends who want to hang out with you. Pasties are optional.

(created by Cocktail Buzz, with the participation of Rosie 151)

* To make watermelon juice, cut a watermelon into chunks (smaller than your fist) that will fit into a hand-squeezed citrus juicer. Squeeze juice into a glass and measure, pouring into a highball glass, or better yet, squeeze directly into a measuring cup. If you don’t have said squeezer, you can mash up the watermelon chunk(s) in a glass using a muddler, then strain. Alternatively, if you have a blender, you can blend the chunks, then strain.

** You can substitute club soda.

Thanks
Laura Baddish at The Baddish Group for providing cans of Perrier sparkling water, and Piedmont Distillers for the Catdaddy.