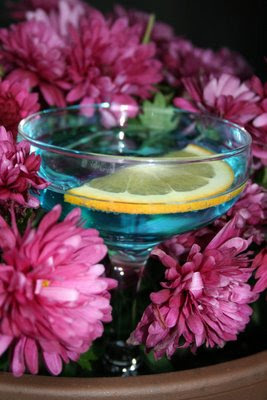 Our friend actress Julie White is a sweetheart. She may not play them all the time (as her Tony-Award-winning turn as Diane, the Manolo-wearing Mephistophelean agent who will stop at nothing to make sure her most promising client rises to the top of the Hollywood food chain will confirm), but in real life, she is a food and champagne cocktail lover who wanted to be in our latest video. (Perhaps you’ve seen her judging the cuisine of Bobby Flay and Mario Batali on “Iron Chef America.” One of the secret ingredients was eggs. Little did she know she would be getting a whole lot more eggs at The Bird Nest—more on that later.) 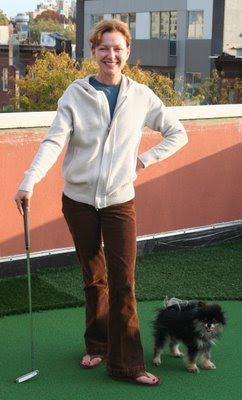 When Julie returned to Brooklyn after a stint in L.A. (she played a flirty, boozy, politically incorrect business woman on the underrated “Cavemen”), she bought a new penthouse apartment that had three outdoor spaces (unheard of to most New Yorkers). Since she calls her place “The Bird Nest,” we thought a cocktail with that moniker was a no-brainer. But what to make it with? Julie loves light drinks, so champagne would make a perfect base. And adding a little blue curaçao not only adds a beautiful sky-blue hue, its light orange flavor is perfect with champagne. Top with a splash of silver tequila, place a half an orange slice on top, and you’ll be chirping and sipping, sipping and chirping. 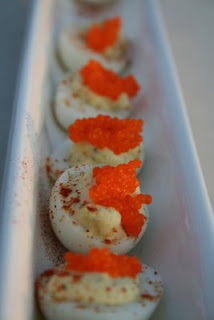 But wait, there’s more. Deviled Quail Eggs! Yes, quail eggs. They are petite and perfect for an hors d’oeuvre. Easy to make, and easy for your guests to eat. So click here to watch the lovely and lively Julie White whip up some Deviled Quail Eggs with Steve, and then stir up trouble with some bubbly-laced Bird Nests with Paul, all on on our “Buzzed” page on our Web site, Cocktail Buzz. 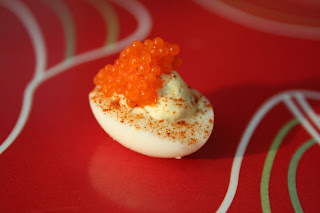 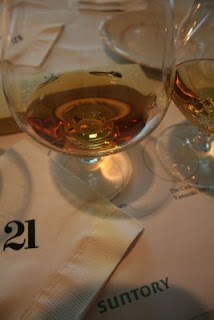 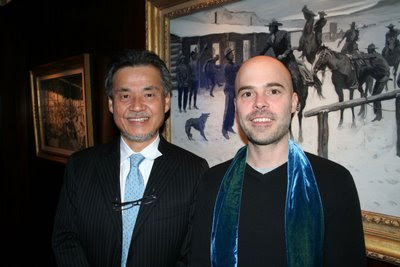 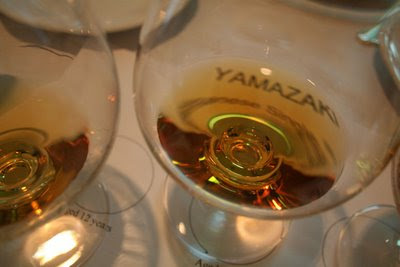 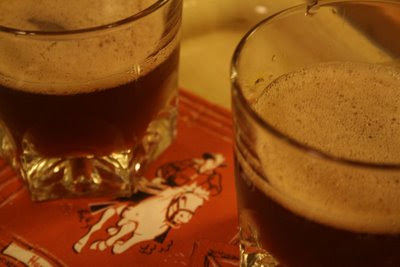 As bartenders, bar chefs, mixologists—call us anything you’d like—we like to tinker. Something deep inside prevents us from ever being satisfied with settling for labeled distilled spirits. So what do we do? We strive to create flavors that excite, challenge, and hopefully satiate our ever-exploring palates by changing a spirit’s flavor profile. Like Byrd searching for the South Pole, we bravely face adversity as we taste-taste and mix old reliable spirits with a dash of this and a pinch of that, wait a few days (or weeks . . . or months), and blammo, we’ve created a liqueur.

Enter walnuts. Walnuts are one of our favorite nuts. They add a perfect complement to chocolate in a Toll House Cookie. Their marriage with bananas are a classic to-die-for component in many breads, desserts, and breakfast fare. Why not go all walnut on some whiskey such as Jack Daniel’s? After all, Jack is filtered through sugar maple charcoal. Perhaps maple and walnut would do the two-step with some tasty results. Well, after toasting some walnuts in the oven, and then infusing the darkly aromatic bits in some Jack for three days, the whiskey acquired a pleasant viscosity that made for a more pleasurable mouthfeel. Add some walnut liqueur and a little bit o’ dark brown sugar, shake it all up, and strain into a very receptive rocks glass, eager to feel the pulse of your waiting lips. Don’t forget to throw in a tiny twist of lemon, so it’ll kiss you with every sip.

If you haven’t figured it out yet, the drink was named after the character in Brokeback Mountain, as portrayed by the inestimable Jake Gyllenhaal. Add a little bit of advocaat to the mix (about a 1/2 ounce), and you’ve got yourself a Jack Nasty.

Method
Shake vigorously with ice for 30 seconds. Strain into a chilled rocks glass. Garnish with the twist.

Pour Jack Daniel’s into an airtight container. Toast walnuts in 350°F oven, or on stove top in skillet, for up to 12 minutes, careful not to burn (shake skillet occasionally). When walnuts have started to brown and you can smell their oils being released, remove from heat and add to Jack Daniel’s. Cover. Infuse for 4 days, shaking occasionally from day to day. After four days, strain Jack Daniel’s into a clean container, and discard walnuts.