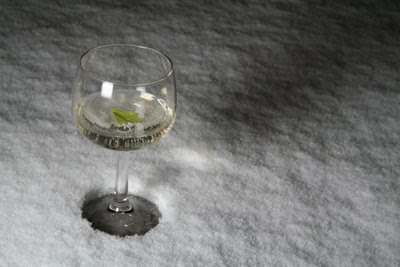 We decided that this Mixology Monday we would chose Door No. 3 and use an ingredient we haven’t used before in a new cocktail. Our newbie: Stout. We tried mixing it with Scotch (ugh), Drambuie (better), Old Krupnik honey liqueur (interesting), Tuaca (self-effacing), crème de violette (beguiling), crème de cacao (sorority), crème de violette and crème de cacao (now we’re onto something)—then a DEAD END. We decided we just didn’t like stout enough to give a rat’s ass, so we ditched the idea and searched for something new.

Upstairs, in our mini fridge lay a bottle of Moscato d’Asti. Why not Moscato d'Asti? It’s fruity, light, and slightly effervescent. After trying different spirits mixed with the Moscato, such as dark rum (double ugh), and Hendrick’s gin (very interesting), we thought pear brandy (eau de vie) interplayed well with the green apple and apricot notes in the Moscato d’Asti. And to take the ever-so-slight cloying sweetness away, we added a few drops of the Bitter Truth celery bitters. You can even place a single celery leaf to float atop this winey delight to add a hint of celadon. Crisp, slightly sweet, and oh so refreshing. Serve it with appetizers and hors d’oeuvres at your next cocktail party, such as spiced nuts or bacon-wrapped water chestnuts drizzled in a soy–caramel glaze.

Using the Moscato has opened a new door for us: wine-based cocktails, and not just those using quinquinas, sherries, or ports, but cabernets, pinots, and chablis. Stay tuned. 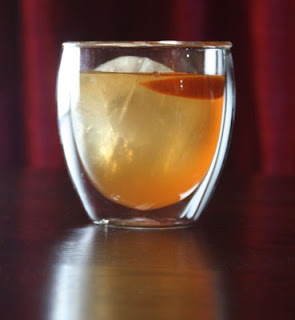 We were just in Kansas for the holidays when Tracy shouted, “Make me a cocktail.” Steve was in the throes of cooking something delicious, so his hands were tied. I looked at the bar and there lay a big bottle of Crown Royal. Okay, that would be my base spirit. I didn’t want to make a Manhattan—too spirituous for a crowd that was about to dig in to some good grub (roasted turkey with seasoned gravy, cranberry relish, creamy mashed potatoes, green beans with shallots and hazelnuts). So what else to make? I could make an Oriental (Steve just picked up some sweet vermouth and triple sec from the liquor store), but that would be too easy, I thought. Tracy wanted something new, but familiar. So why not a riff on an Oriental. Hm, how can I change it but not too much. I was dealing with the pressures of family in search of an immediate cocktail buzz. So into a mixing glass I poured 1 1/2 ounces of the blended Canadian whisky, and a half ounce each of triple sec, sweet vermouth, and lemon juice, plus a tiny wedge of Clementine, as a garnish (Steve’s mom had bought some lemons and Clementines for the occasion, so why not use them). I gave it a vigorous stir (there were no shakers in the house), plopped in the Clementine mini-wedge, and tasted it. Immediately I thought that it was too citrusy, so I added another 1/4 ounce of sweet vermouth, which helped the balance. Tracy then tried it and opined that the drink needed more booze, so back into the mixing glass with an extra 1/2 ounce of the Crown Royal. Voila! That did the trick, and it hit the spot too. Before I knew it, I had made four of them. We dubbed the drink a “Quick & Dirty,” on the spot, until Steve’s grandmother Dunie so astutely retorted, “I know why you call it ‘Quick,’ but what makes it ‘Dirty’?” Good question, we’d have to come up with another name, but more orders needed to be filled, and the crowd was thirsty. Three weeks later, we made the drink again, back home in Brooklyn, and the name “Occidental” popped into my head. Being a riff on an Oriental, and having been invented out West, the Occidental seemed like the perfect moniker for such a tasty drink that boasts sweet, sour, and bitter notes in every sip. Try one on the rocks, or up, and let us know what you think. Cheers to all, and Happy Happy New Year!

Method
Shake in ice for 15 seconds. Strain into ice-filled rocks glass. Squeeze garnish over drink and drop in. 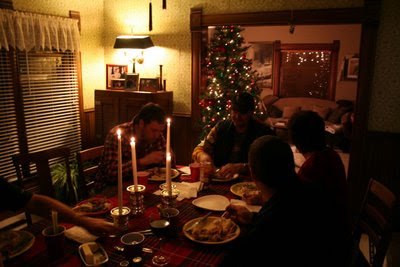 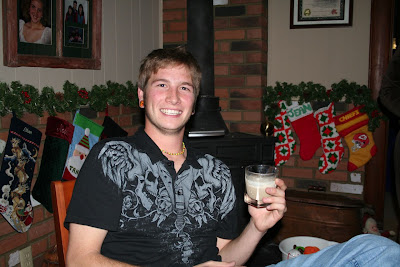 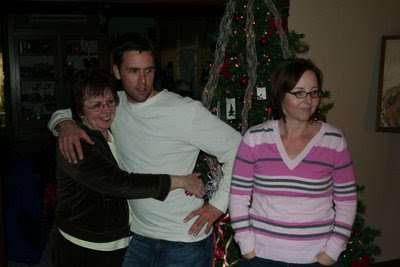 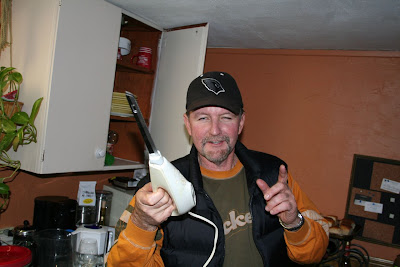 Uncle Joe shows you the easiest way to carve a turkey.