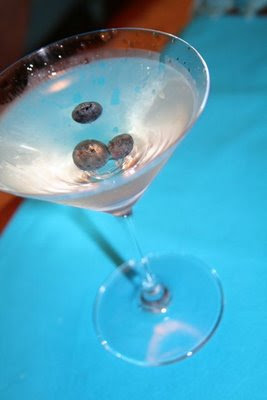 In C. F. Lawlor’s 1855 The Mixicologist, or How To Mix All Kinds of Fancy Drinks, there appears a recipe for The Improved Tom Gin Cocktail. For those of you who are not familiar with Old Tom Gin, or are but have never tried it, we direct your attention to Hayman’s Old Tom Gin, a botanically nuanced, balanced gin that is pleasantly sweet. Old Tom gin is called for in a lot of 19th-century cocktails, and has always been available in England, but in the U.S. it has only been recently made available since departing some time in the 1950s. Imagine taking your favorite London Dry Gin and adding a little simple syrup to it. That’s Old Tom gin in a nutshell. So we thought it would be fun to pick up a bottle and make one of Lawlor’s recipes, and see what happens.

The Improved Tom Gin Cocktail differs from its predecessor, the Tom Gin Cocktail, by requiring Curaçoa [sic] in place of simple syrup. We decided on l’Original Combier Liqueur d’Orange for our Curaçao, a perfect match since Combier touts itself as being the original triple sec (from 1834). It’s also delicious, with intense orange aroma and taste. Add to that a few dashes of The Bitter Truth Orange Bitters, which gives the drink a jolt of sharpness, and you've got on your hands a 19th-century recreation that will pack quite a punch. A few sips of this, and you'll feel like your brain’s taken a mini-vacation (both spirits are 80 proof.) As far as garnishing goes, we had some blueberries left over from a blueberry-stout salsa we had just made, so we threw in a few to give the drink a little color (and it’s always extra nice to bite into a gin-soaked berry once the drink has been imbibed).

So here’s our recipe for this 19th-century spirituous delight, based on C. F. Lawlor’s:

Method
In a mixing glass filled halfway with ice, stir the ingredients for 30 seconds. Strain into a chilled cocktail glass. Garnish. Sip. Get carried away.

Further Exploration
We are happy to report that since posting this, a new Old Tom gin, developed with the collaboration of cocktail guru David Wondrich, has hit the market. It’s from Ransom, and it touts itself as being historically accurate, the way gin was made before Prohibition. Its hue is a deep gold, and the smell and taste of the botanicals and slight maltiness will definitely win you over, tempting you to make old school pre-bathtub gin cocktails, like the one above. Seek it out today and start stirring tonight.